Treatment for Symptoms of Ménière's Disease 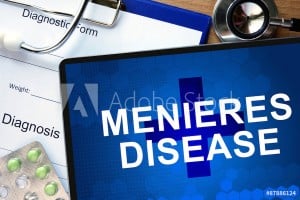 Meniere’s disease cannot be cured, but the debilitating symptoms can be successfully treated. The main treatments for symptoms include medication, injections to the middle ear and a few non-invasive therapies. Meniere’s disease does not go away on its own, and you should never ignore symptoms like vertigo or tinnitus. The sooner treatment begins the sooner symptoms will go away. Here are some of the symptoms of Meniere’s Disease and the different treatment options available:

Another kind of drug given to Meniere’s patients are diuretics or water pills in an effort to reduce inner ear pressure.

If drugs and non-invasive therapies fail to relieve symptoms, then it’s time to consider surgery.

There are three types most commonly done, all of which are performed by the Silverstein Institute:

1) MicroWick Treatment: Dr. Silverstein invented the MicroWick, which allows medication that is placed in the ear canal to pass through the round window membrane into the inner ear fluids. This method is effective in relieving attacks of Meniere’s disease in 85% of patients while preserving the hearing in 95%. This minimally invasive procedure is done using local anesthesia, and is inexpensive, easy, painless, and well tolerated by patients. After the treatment, the tube and MicroWick are easily removed in the office.

2) Microsurgical Vestibular Neurectomy (VN): This is a procedure developed by Dr. Silverstein in 1977 whereby the balance nerve is cut between the inner ear and brainstem. This stops the brain from receiving abnormal impulses from a diseased inner ear. The cure rate of relieving inner ear vertigo (90%) and preserving hearing is excellent.

3) Labyrinthectomy: The inner ear membranes are removed to eliminate vertigo if other surgery was not successful. However, this also eliminates hearing so it’s usually only done for patients already deaf in that ear.

If you have Meniere’s Disease or have symptoms you believe may be related, contact us at Silverstein Institute to schedule an appointment today.