What Are Some Common Tinnitus Symptoms & Conditions? 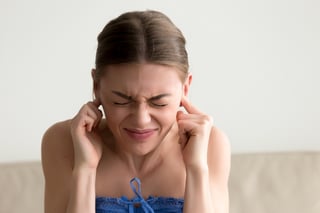 According to the Mayo Clinic, "Tinnitus is the perception of noise or ringing in the ears." In fact, 15 to 20 percent of all Americans suffer from some mild form of tinnitus. Watch the Silverstein Institute’s Dr. Jack J. Wazen, MD FACS, go into more detail about the symptoms and conditions of tinnitus.

Related Blog: Five Ways to Save Your Ears

Tinnitus is commonly referred to as a ringing in the ear or the perception of noise. Many people suffering from tinnitus aren't aware they're suffering from the symptoms until they become uncomfortable or persistent. Tinnitus can have an effect on one or both ears.

The symptoms of tinnitus are caused by hearing loss, loud sounds (i.e.music), head injuries, excessive ear wax, or the side effects of your prescription medication. Tinnitus creates inner ear noises that aren’t audible to others.

For older adults, tinnitus can be brought on by a neurological condition or with age.

Other triggers of tinnitus include:

How is tinnitus diagnosed and treated?

Tinnitus can be diagnosed and treated by an Otologist or an ENT specialist. An audiogram is used to test for tinnitus, but an MRI or a CT Scan may be used. To understand what may be causing your tinnitus, your doctor will give you a general ear exam.

For seniors, tinnitus can sound like hissing, humming, or clicking and be a source of major discomfort. The most commonly treated form of tinnitus is the degenerative changes that take place in the hearing system with time and age.

If you're diagnosed with tinnitus, there are several treatment options. However, some forms of the ear condition disappear spontaneously on their own, but not always. The treatments for tinnitus depends on the cause. There is no treatment so far for the common degenerative tinnitus. However, research is underway for a cure.

On average, 1 out of every 5 adults 60 years of age or older will suffer from some form of hearing loss, including tinnitus. Early detection is the best way to treat tinnitus, so ignoring tinnitus can result in serious or permanent hearing loss. More importantly, if you believe you're suffering from tinnitus, you should consult a hearing professional.

Don't suffer with tinnitus and hearing loss in silence. Reach out and contact us at the Silverstein Institute to restore your hearing loss today!