How Does Hearing Loss Occur? 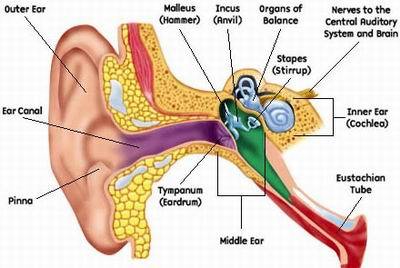 Hearing loss occurs for a wide variety of reasons. Some reasons are serious enough to require immediate and long-term attention. Other causes aren't so serious and will only require short-term attention. Below, we take a look at both types of reasons and explain the phenomenon of hearing as well as hearing loss.

Related Blog: Hearing Loss Caused by Ear Infections and How to Treat it

The Magic of Hearing and How It Can be Compromised

In order to understand how damage to the inner ear can cause hearing loss, one must understand how human beings hear in the first place. Hearing occurs when waves of sound hit the inside part of the ear. Here, vibrations from the sound waves go through a fluid inside of the ear's snail shaped cochlea and are changed into nerve signals that are sent to the brain. The brain determines that these nerve signals represent sound.

The cochlea has thousands of very small hairs that assist in the sound transmission process. Damage to the inner ear caused by consistent exposure to loud sounds or even old age often causes the nerves and hairs in the ear's cochlea to wear down. This deterioration is significant because human beings rely on the cochlea to transmit sound messages to the brain. If the cochlea isn't operating as it should, hearing loss will result as electrical signals are not sent as quickly to the brain.

Certain illnesses like meningitis can also cause damage to the cochlea. The typical result is high pitches being muffled and a person experiencing difficulty hearing distinct sounds amongst background noise. It should be noted that damage to the inner ear is nothing to take lightly. This type of hearing damage is called “sensorineural hearing loss” and it is not reversible.

Hearing loss can be caused by something as simple as the buildup of earwax, a ruptured eardrum or an infection. The buildup of earwax blocks the ear canal passageway and stops sound waves from reaching the eardrum. Earwax blockages happen to people of all ages, not just the elderly. A blockage will result in what is known as conductive hearing loss that can be fairly easily restored by merely removing the earwax blockage. A ruptured eardrum, also known as tympanic membrane perforation, can be caused by several different factors. They include a significant change in pressure, a very loud noise or when someone pokes inside of his ear with something (typically a foreign object).

Something as simple as one's genetic composition can also be responsible for hearing loss. Anyone with a parent, grandparent or relative who is deaf, partially deaf or hard of hearing will have an increased likelihood of developing a similar problem.

Occupational noise exposure is another clear cut, simple to understand cause of hearing loss. Farmers, factory workers, construction workers and concert security guards often experience hearing loss because their line of work exposes them to incredibly loud sounds. It is important for people who work in these environments to wear ear plugs during the entirety of their shifts.

Even exposure to simple recreational noise like guns, fireworks, motorcycles, loud music and alarms can cause hearing loss. Something as seemingly innocent and unrelated like medicine also has the potential to damage the inner ear. Chemotherapy drugs, antibiotics, diuretics, pain relievers and other medications have the potential to impact hearing through either tinnitus (a ringing sound in the ear) or hearing loss.

Keep the Volume Down

Yet it is typically the intensity of noise that is responsible for hearing loss. Even exposure to a single loud noise of 120 decibels or higher like an explosion or blast can damage the ear enough to reduce an individual's hearing capabilities. Noises below the 120 decibel level but above 85 decibels can be responsible for hearing loss if an individual is exposed to them for an extended period of time. So, listening to music or any other consistent noise can impact hearing over time. Anyone who plays an instrument or listens to music with headphones should be cognizant of the fact that their hobby might eventually impact their ability to hear.